Why we can’t say Madagascar is 90% deforested

If stated often enough, a fact becomes truth. That seems to be the case with the oft-repeated figure that “Madagascar has lost 90% of its original forest cover”. The problem, as Bill McConnell of Michigan State University and I point out in a letter just published in Science magazine, is that this fact cannot be proven. 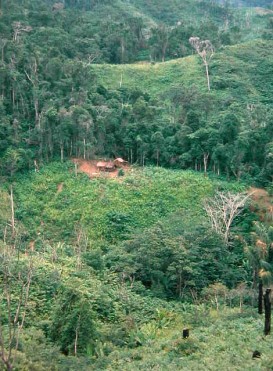 We build our detailed case in a chapter in the new book Conservation and Environmental Management in Madagascar, edited by Ivan Scales. We outline the history of efforts to measure forest extent and its loss on the island of Madagascar. We show how the 90% figure (and its close relatives) is not based on defensible evidence. And we argue that this figure persists, despite the lack of evidence, because it has power: it fits with certain preconceived ideas about the gravity of the island’s environmental crisis.

Deforestation trends are dramatic enough in some parts of the island that there is no need to exaggerate. These exaggerations are even potentially harmful in that they can undermine scientific authority, put blinders on the types of questions that are asked, and push to the sidelines important debates about the impacts of strong conservation policies on rural people.

Our review shows a number of things:

We also showed how over two dozen peer-reviewed studies (and countless guidebooks and websites) have repeated the 90% figure first asserted by colonial naturalist Henri Perrier de la Bâthie back in 1921. The citation trail for these assertions is surprisingly poor. Its persistence reflects the strong hold that a particular conservation-oriented mindset has on scholarly and other writing about Madagascar. Authors inevitably describe the island as both highly biodiverse and highly threatened, and the 90% figure helps them dramatize the case for conservation actions.

The discourse of exotic nature and environmental destruction can be seen as necessary to justify conservation fundraising, policies, and actions. Yet, as Richard Peet and colleagues (2011, p. 37) state, “arguments over the apparently ‘given’ facts and categories of ecology are always also arguments over social and political control of nature”. The dominant narrative and its exaggeration of forest loss contribute to strong conservation policies and actions that marginalize rural people, restrict their access to resources, and silence their viewpoints (see other chapters in Conservation and Environmental Management in Madagascar). More careful use of data can support more appropriate debates and policy, and may help us to better avoid the further reduction of the island’s forest cover – so that, in the future, we won’t be in a position to show that 90% of tree cover documented in the mid-20th century has actually disappeared. 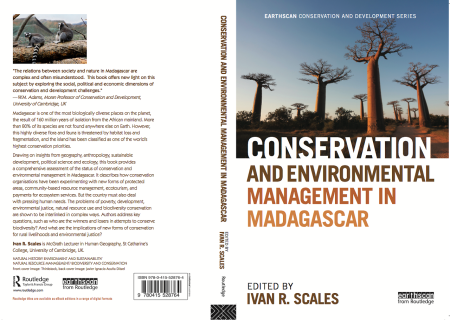 This entry was posted on Friday, April 25th, 2014 at 10:54 pm and is filed under Conservation, Madagascar, Political ecology, Research. You can follow any responses to this entry through the RSS 2.0 feed. You can leave a response, or trackback from your own site.